Curated collection of postcards collected at a selection of public pools 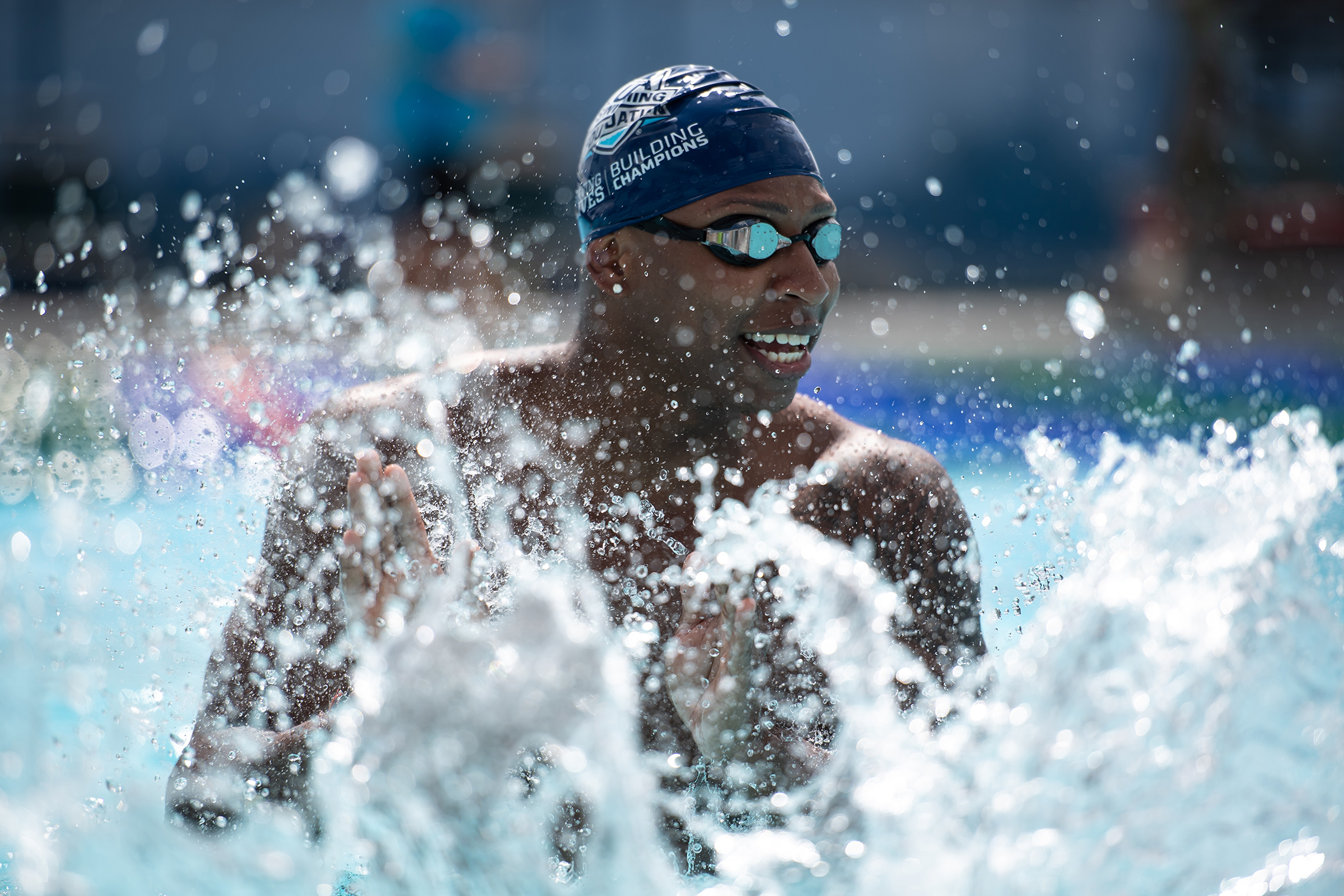 Cullen Jones, the first Black American to hold a world record in swimming, is now an ambassador for the USA Swimming Foundation’s Make a Splash initiative, which has provided free or low-cost swimming lessons to more than 4 million children.
Photo by Mike Lewis, courtesy USA Swimming 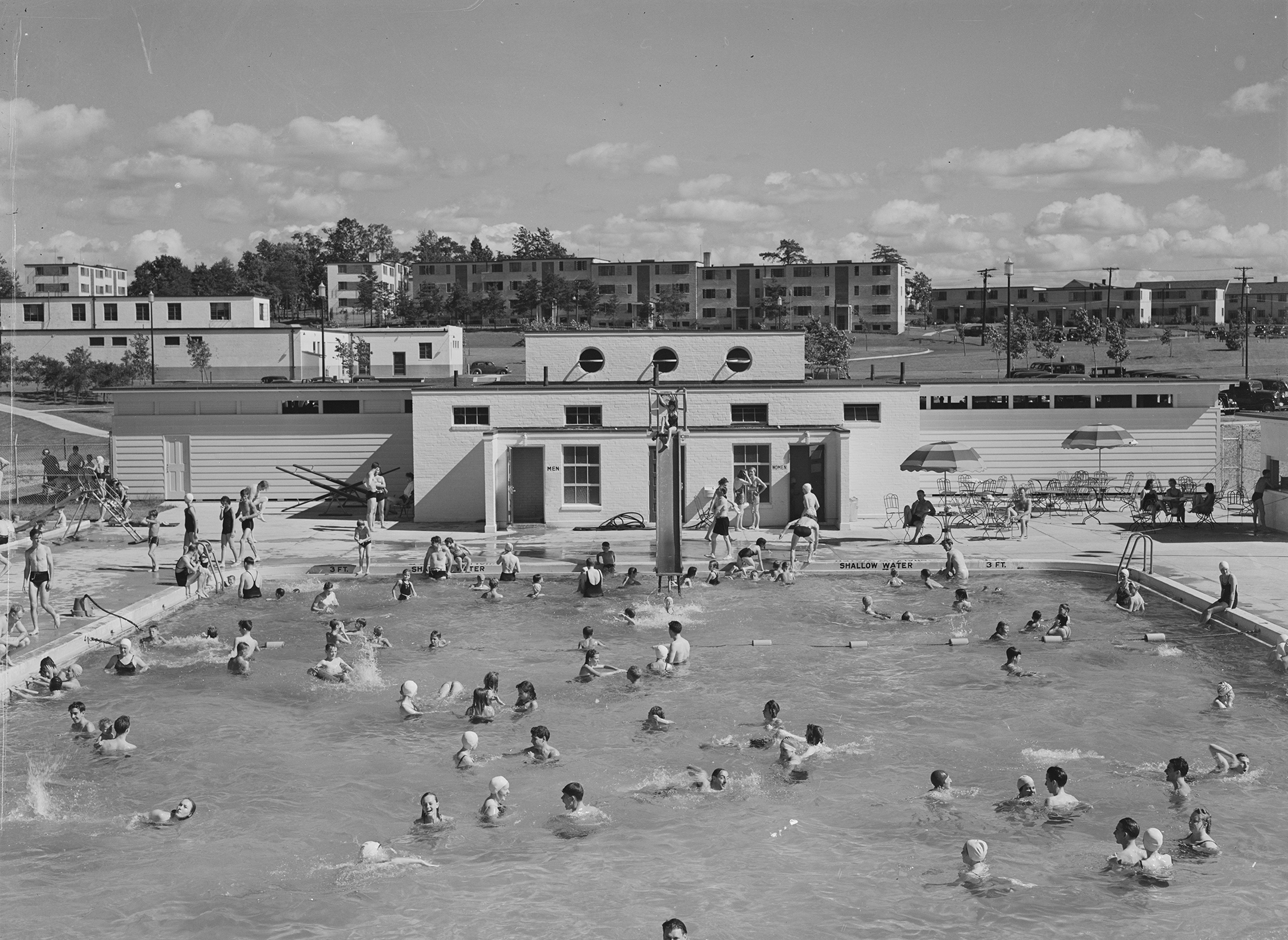 Thousands of public pools opened in the U.S. during the first half of the twentieth century, but Black swimmers were excluded from the majority of them until the late 1950s and 1960s.
Community Swimming Pool, Greenbelt, Maryland, 1939, photo courtesy Library of Congress Photo Archive 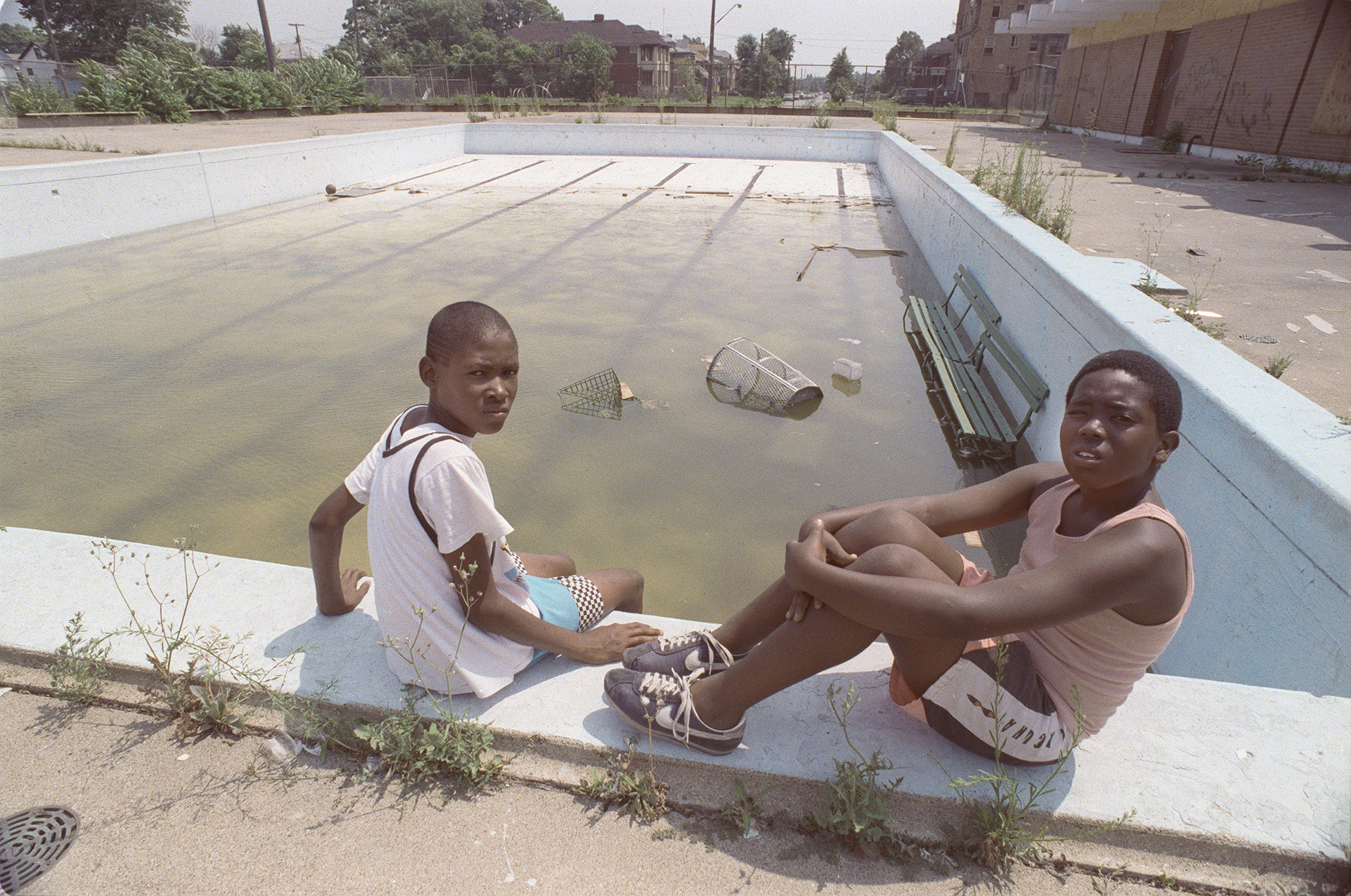 Many northern cities neglected maintenance of their municipal pools during the 1970s and 1980s, resulting in a wave of deterioration that reflected the larger decline of urban America.
McCabe Pool, Detroit, 1989, photo courtesy Detroit News Photo Archive 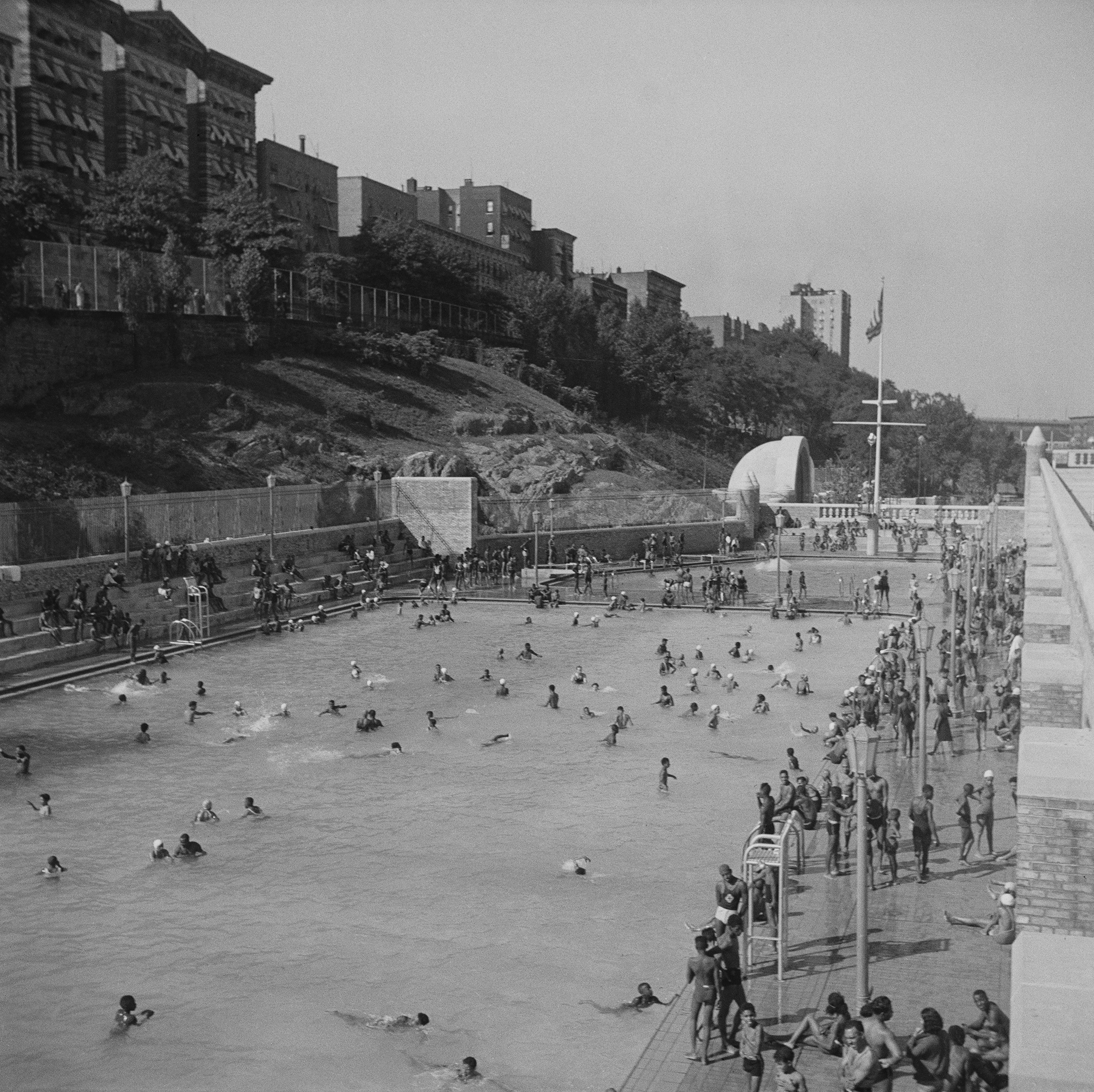 Of the 11 WPA pools opened in New York in the 1930s, only one was located in a predominantly Black neighborhood—Colonial Park, now Jackie Robinson Pool, in Harlem.
Photo courtesy NYC Parks Photo Archive 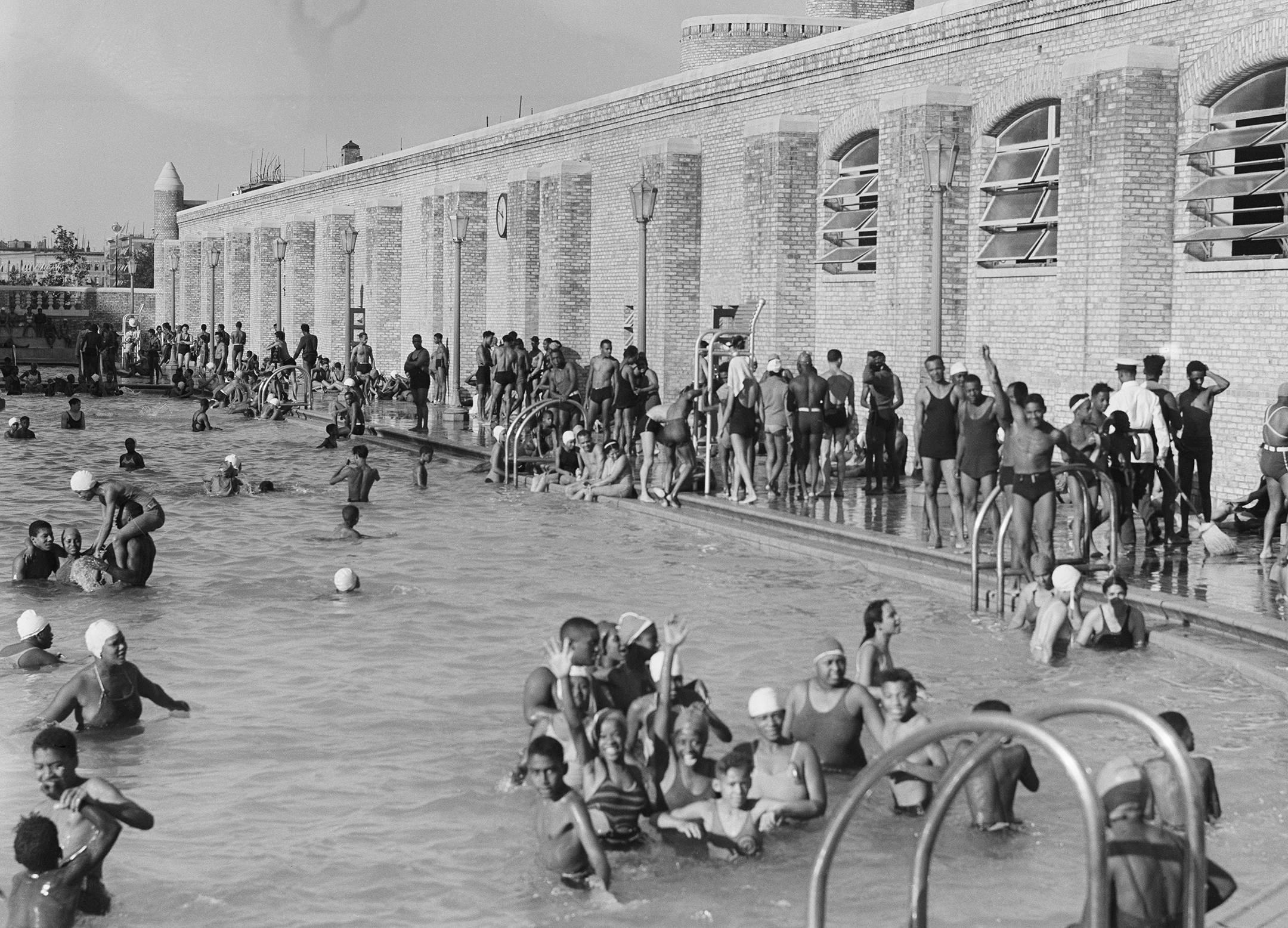 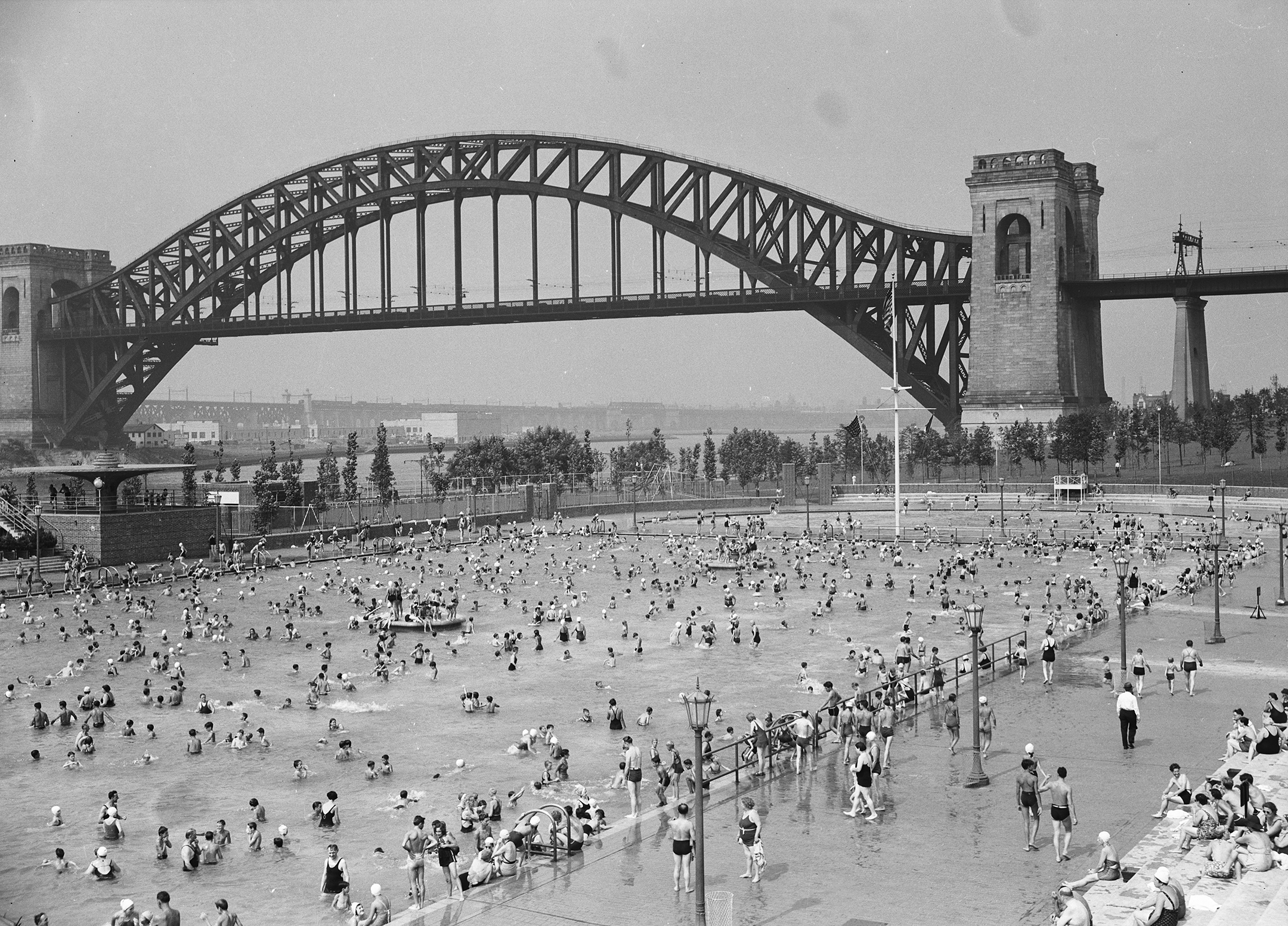 From 1933-1940, the federal government funded nearly 1,000 public swimming pools throughout the country as part of the New Deal. Many were large pools that served as the center of summertime social activities in many communities.
Photo courtesy NYC Parks Photo Archive 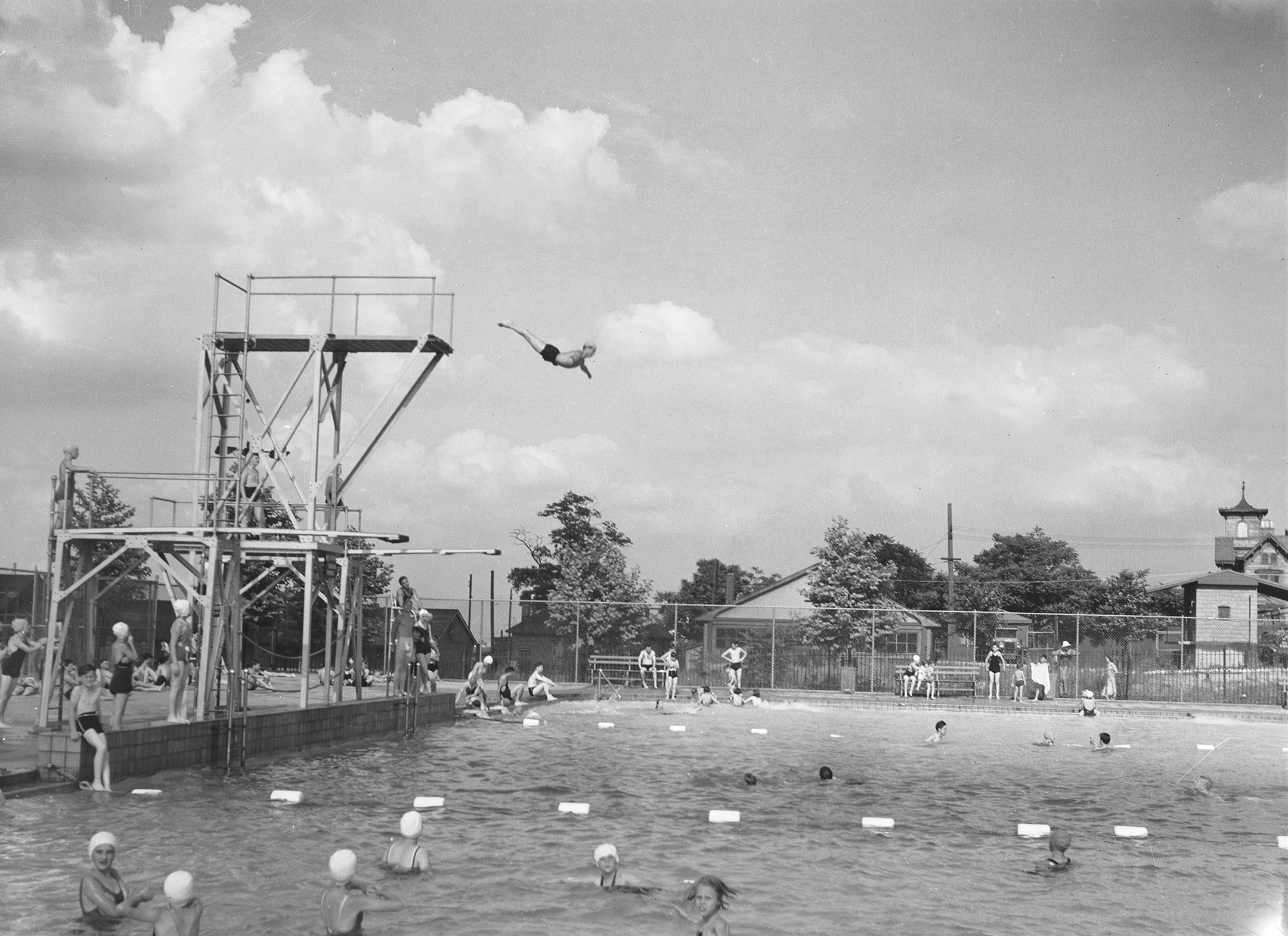 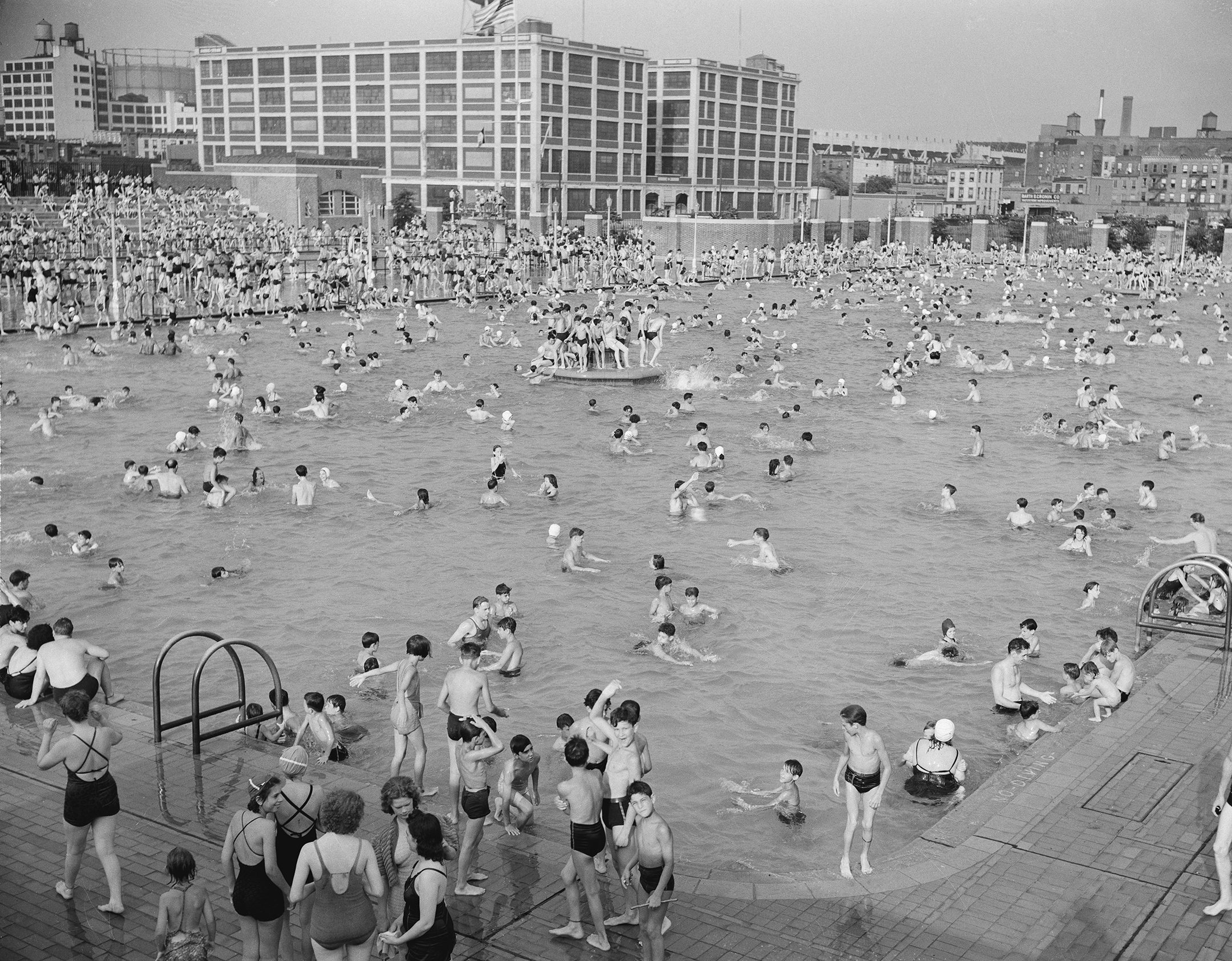 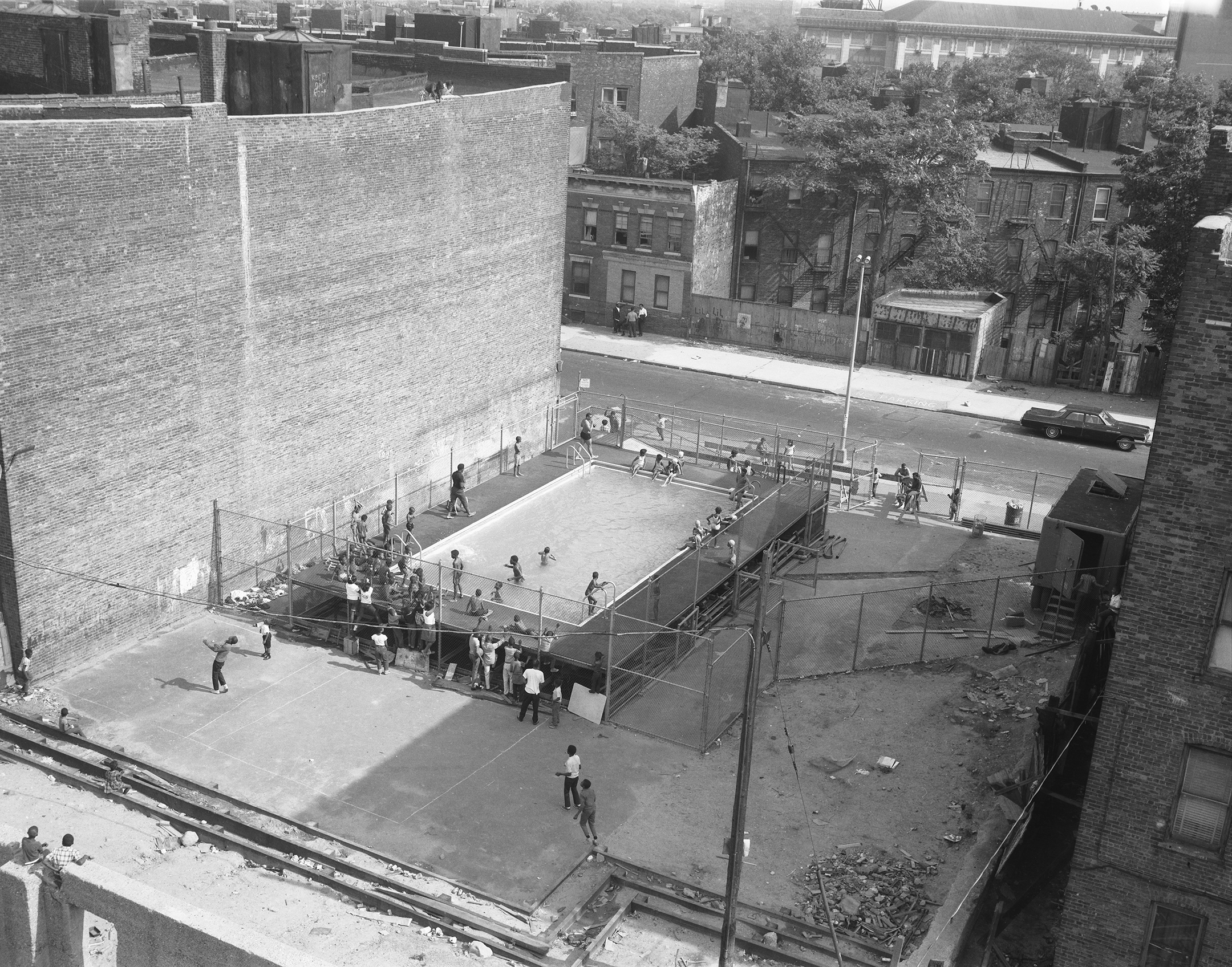 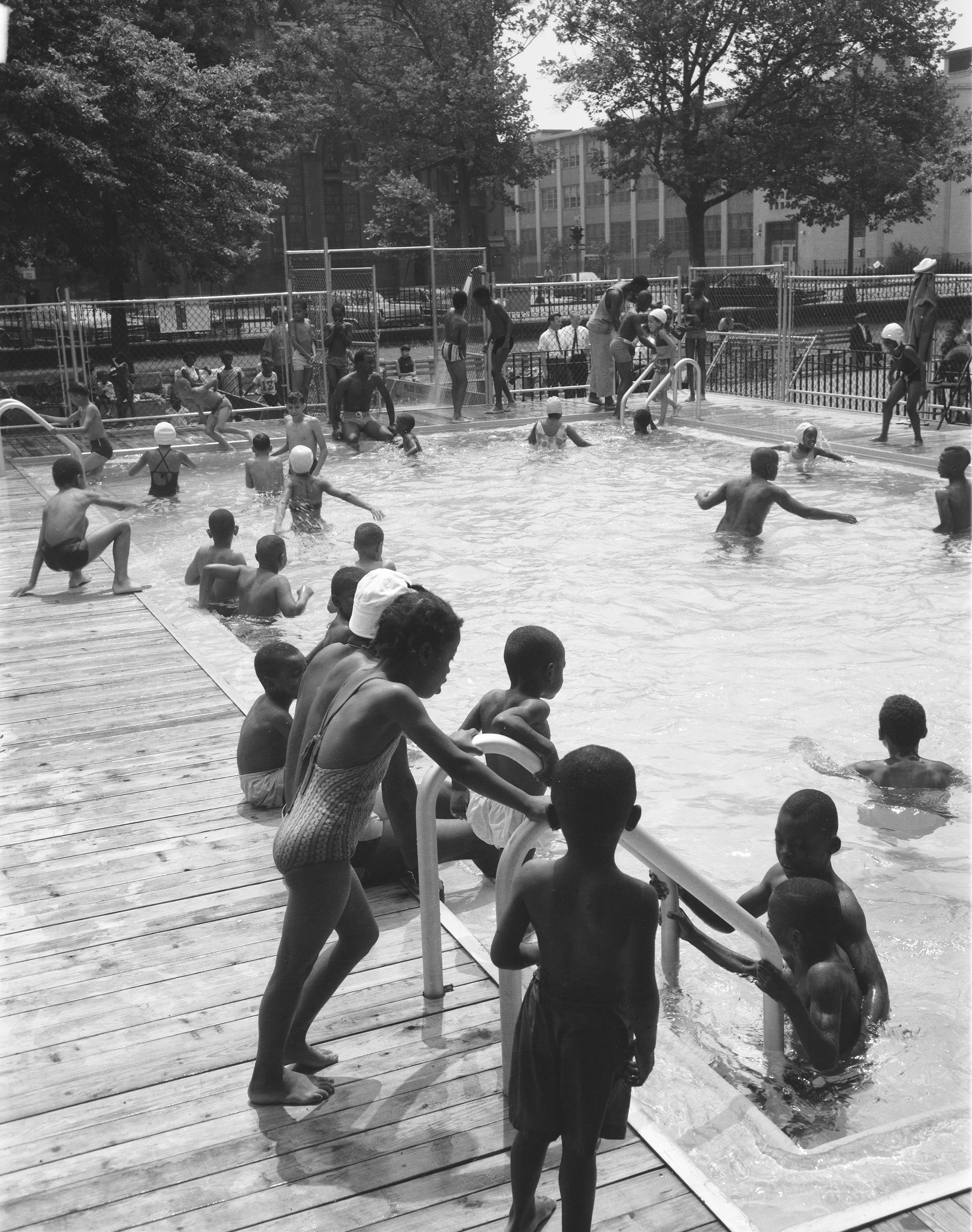 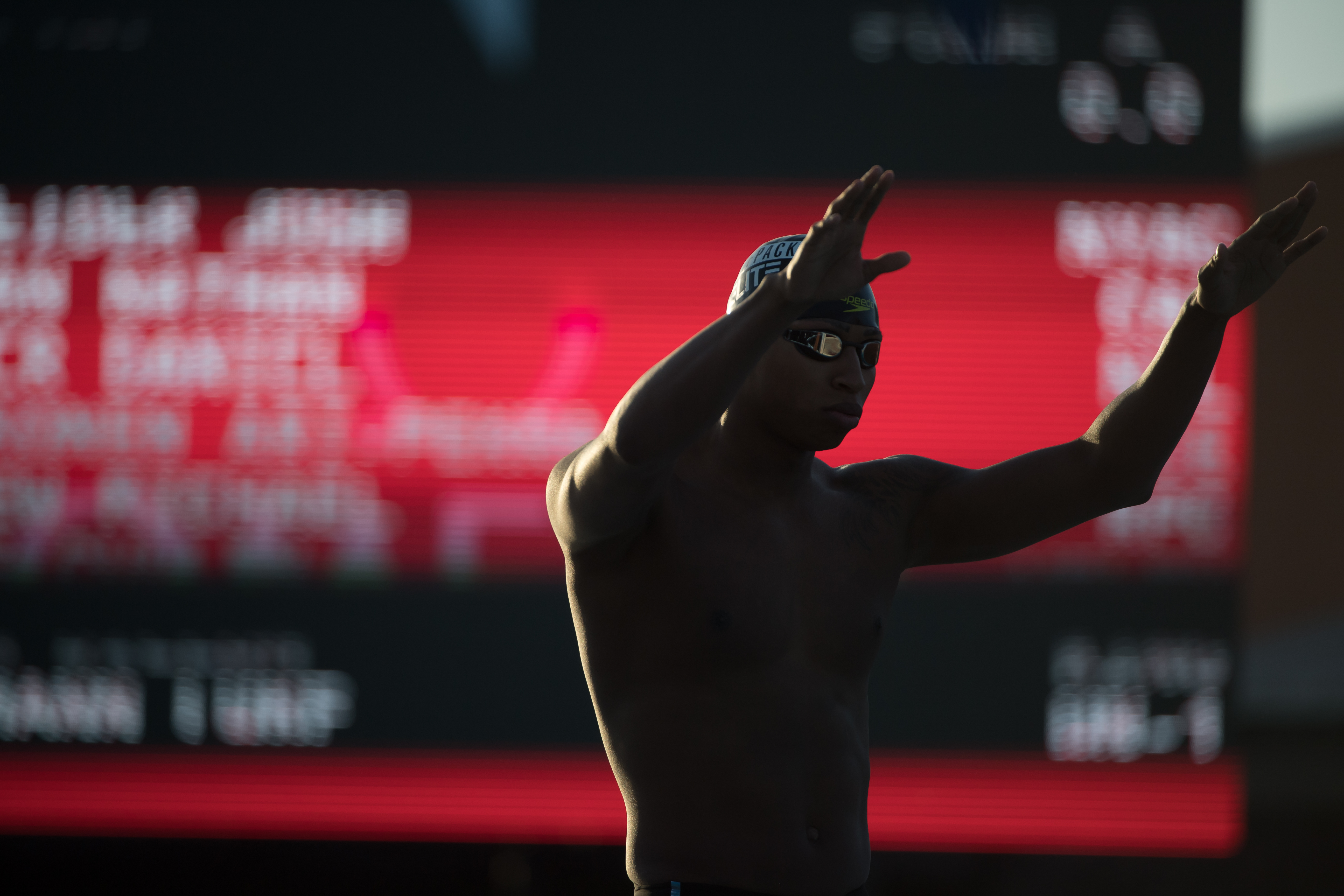 In 2006, Cullen Jones became the first Black American to hold a world record in swimming as part of the U.S. 4 x 100-meter freestyle relay team. In 2008, he also earned an Olympic record in the same event.
Photo by Mike Lewis, courtesy USA Swimming 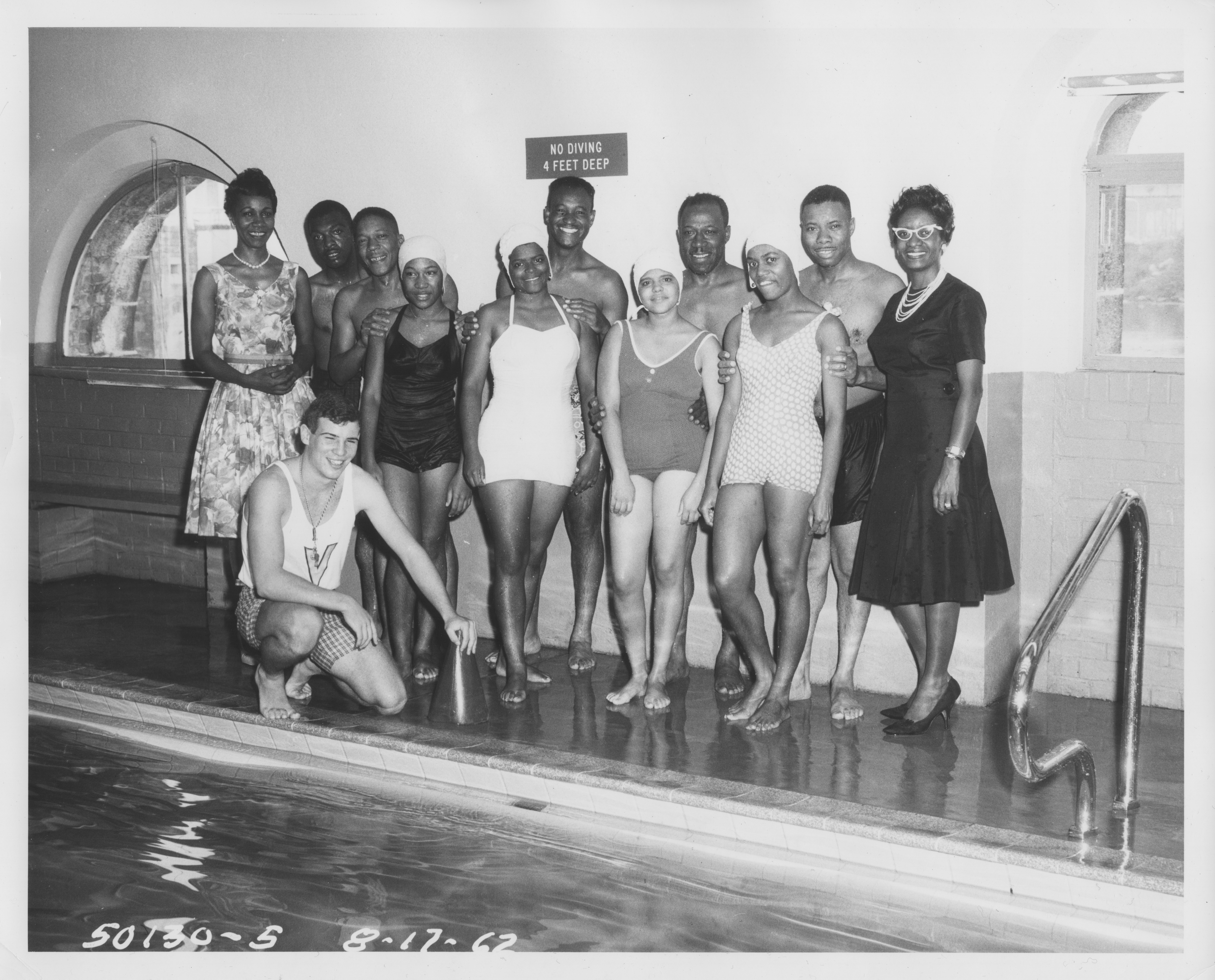 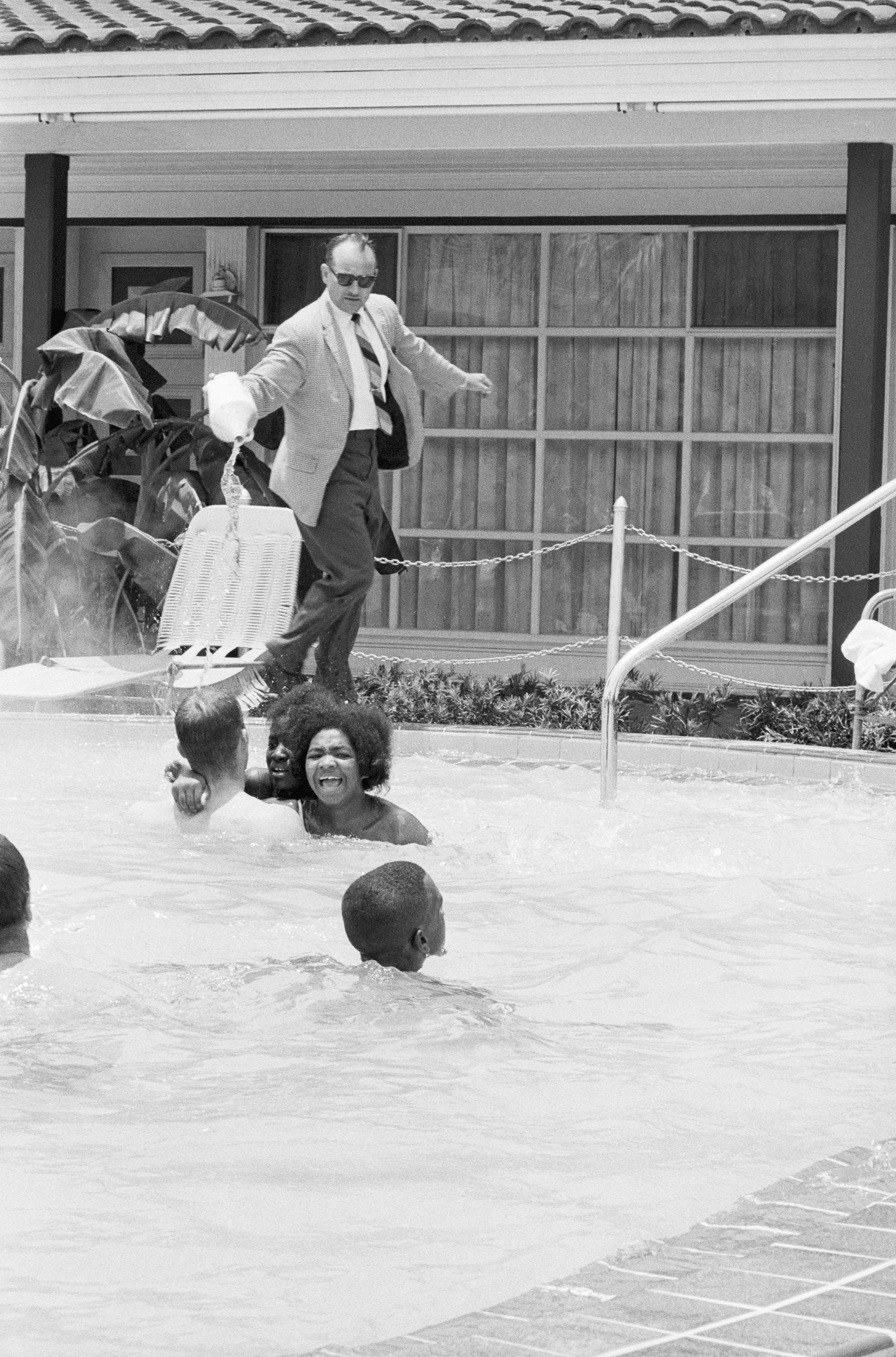 In 1962, the owner of the Monson Motor Lodge in St. Augustine, Florida, used muriatic acid to drive a group of segregation protestors out of the pool during a “swim-in.” Photos of the incident helped to persuade legislators to vote in favor of the Civil Rights Act.
Bettmann/Associated Press 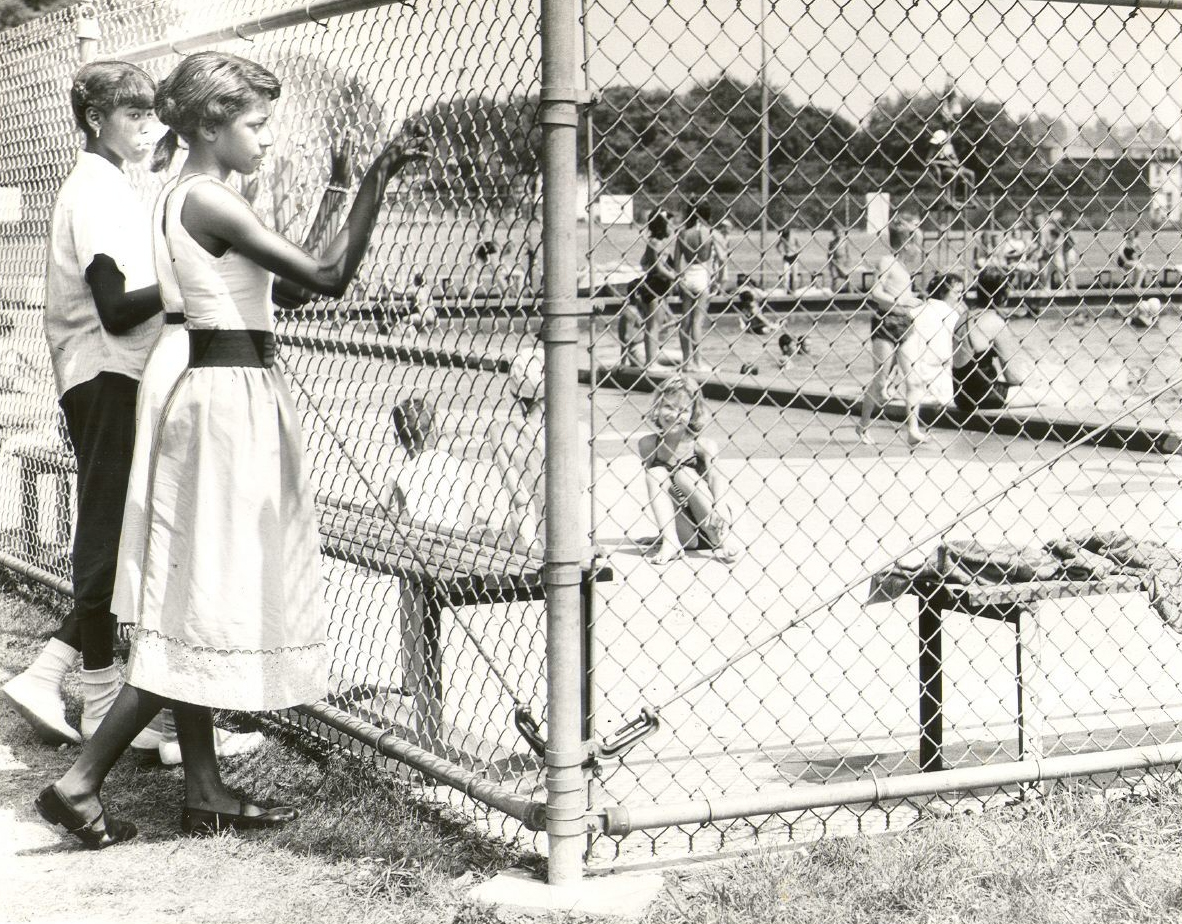 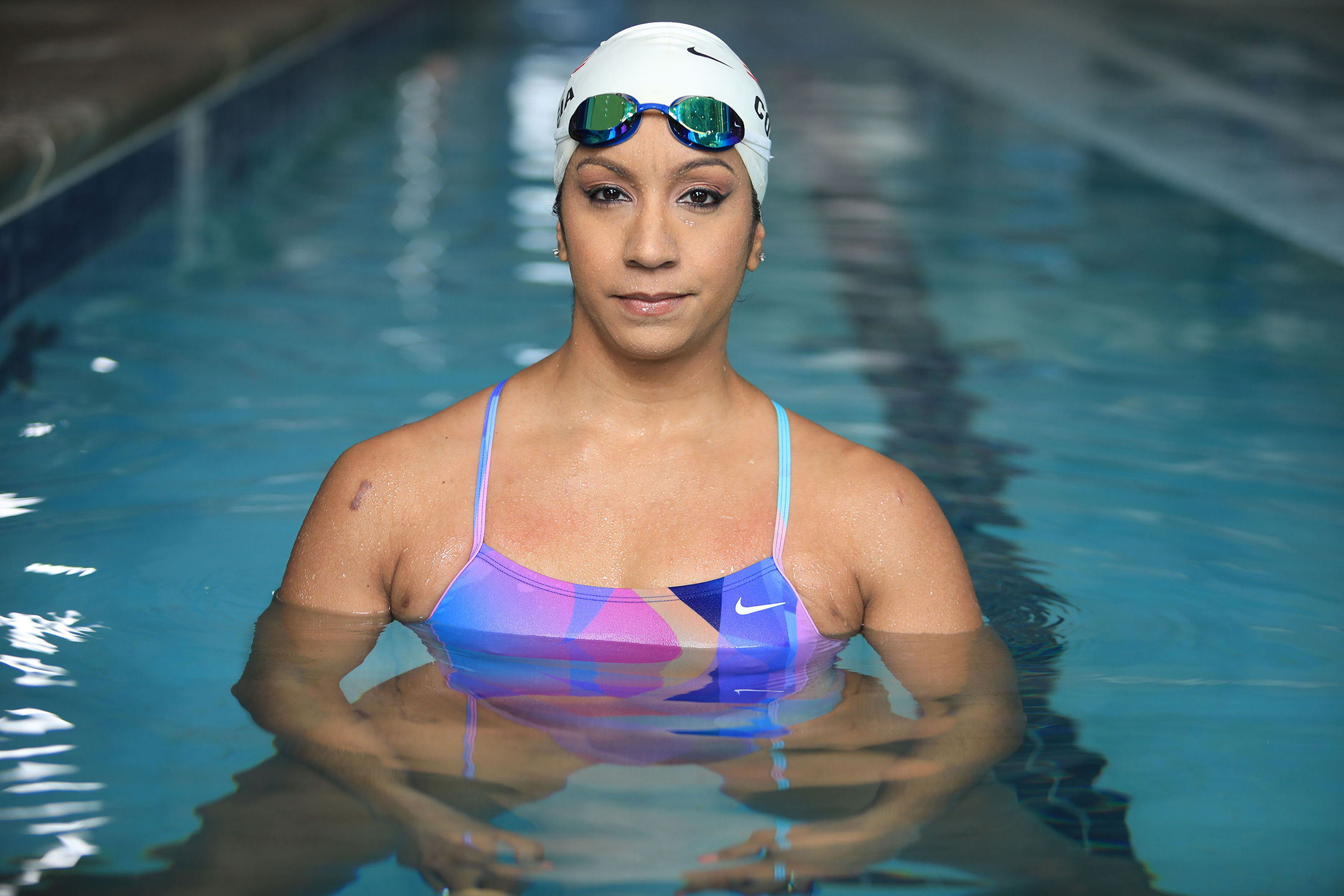 Maritza Correa McClendon was the first Black female swimmer to win an NCAA Championship, the first to make the US Olympic Swim Team, and the first to medal in the Olympics, winning a silver medal in 2004.
Photo courtesy USA Swimming 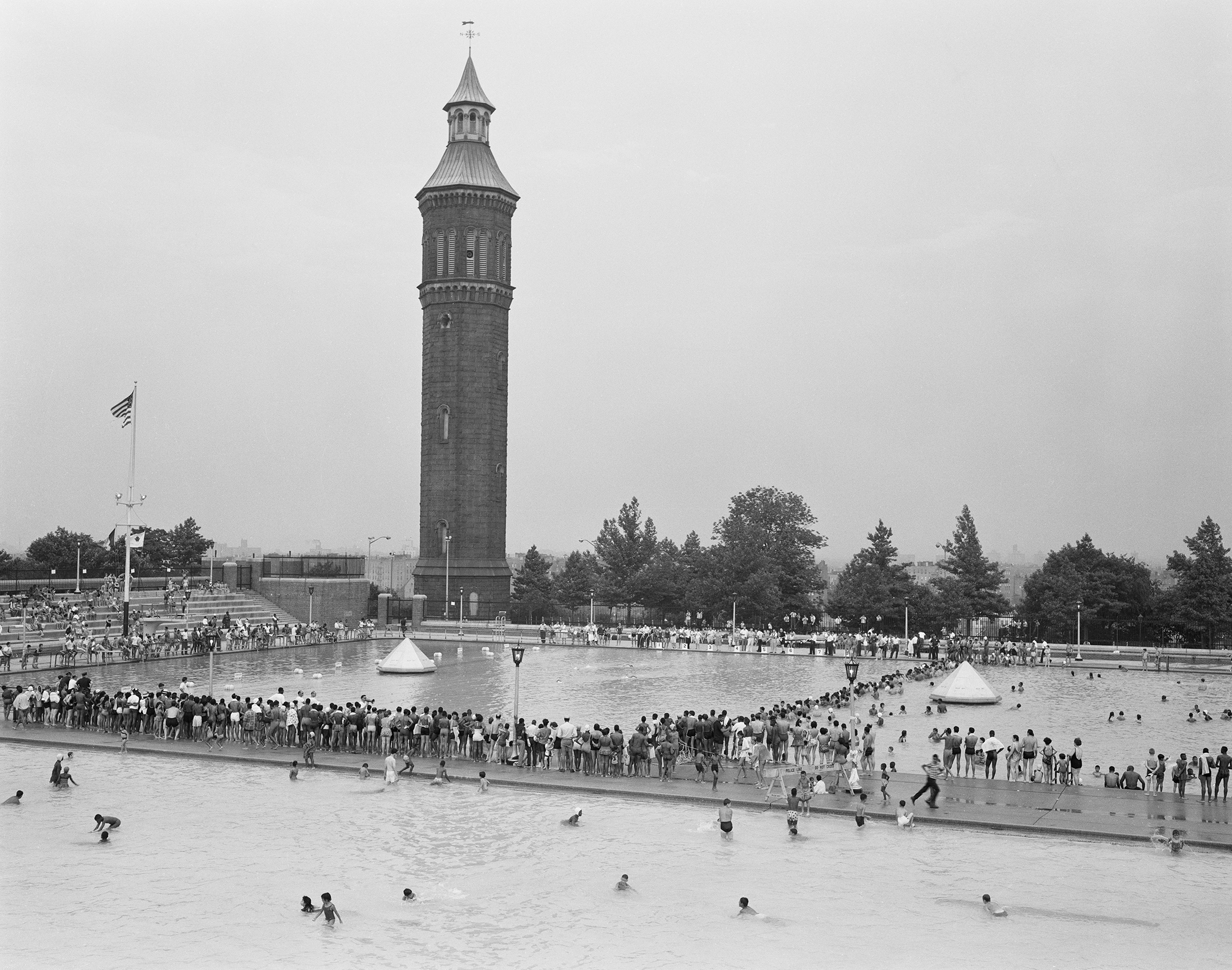 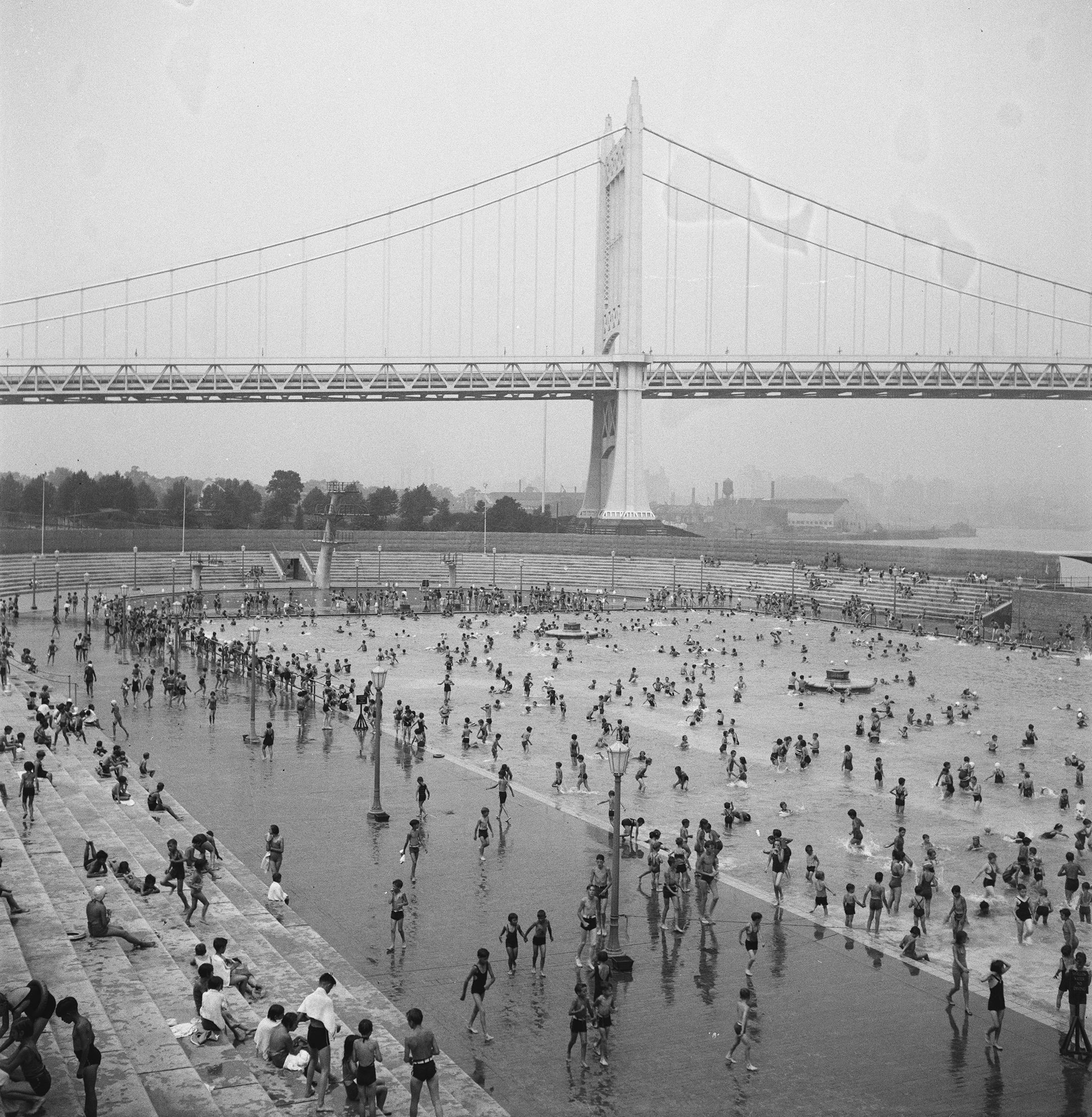 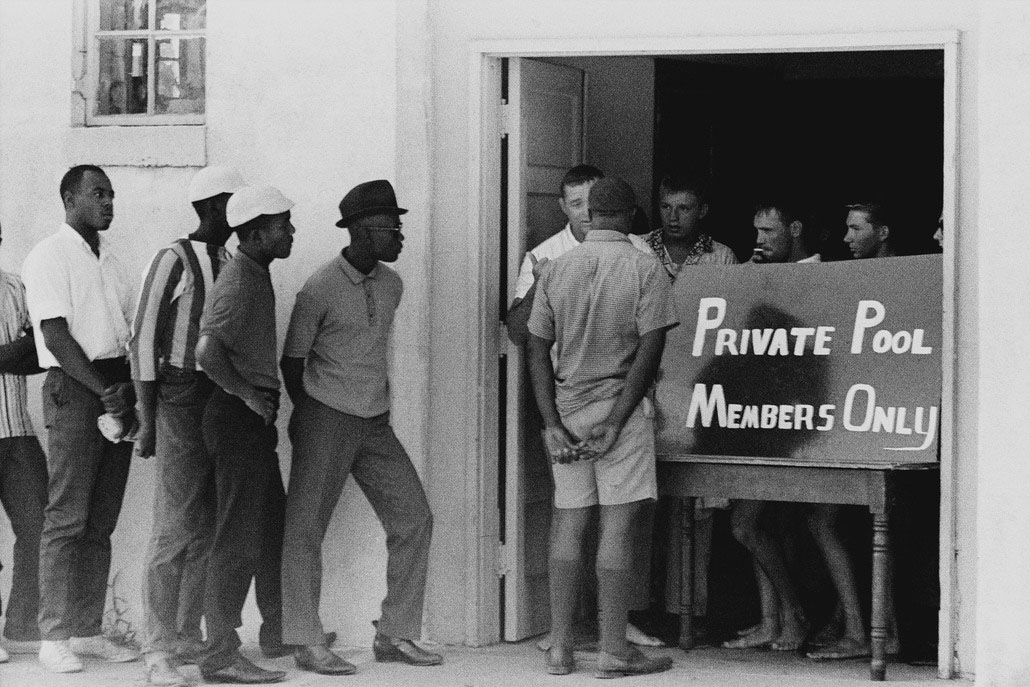 In the summer of 1962, demonstrators in Cairo, Illinois, protested the tactic of skirting anti-discrimination laws by putting public pools into the hands of private management, transforming them into “clubs” for whites only.
Photo: Danny Lyon/Magnum Photos 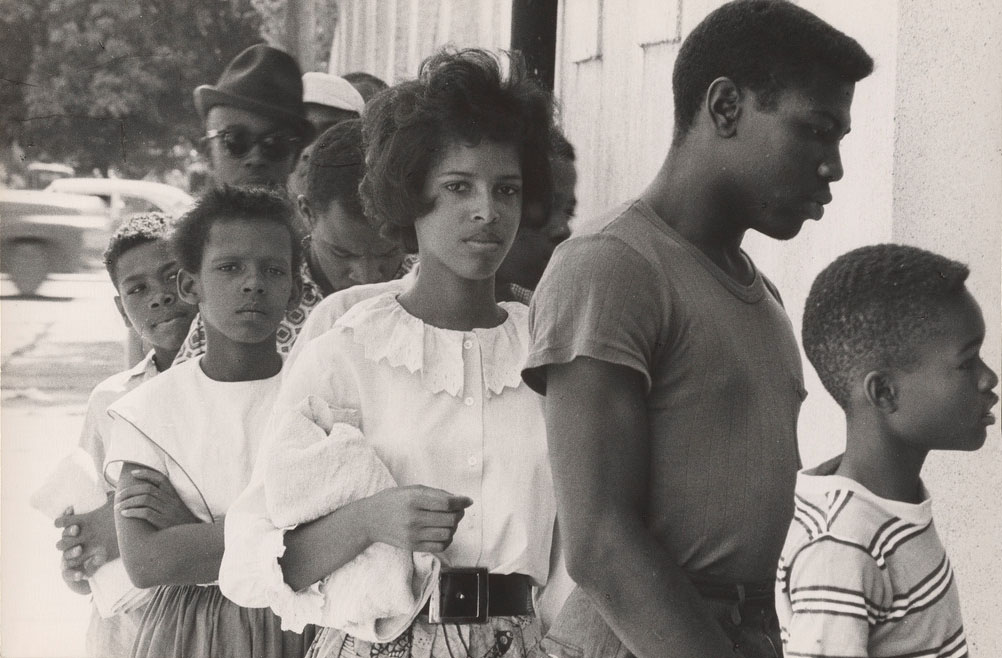 In the summer of 1962, the public pool in Cairo, Illinois, became the stage for peaceful protests against segregation led by famed civil rights leader John Lewis and other activists.
Photo: Danny Lyon/Magnum Photos 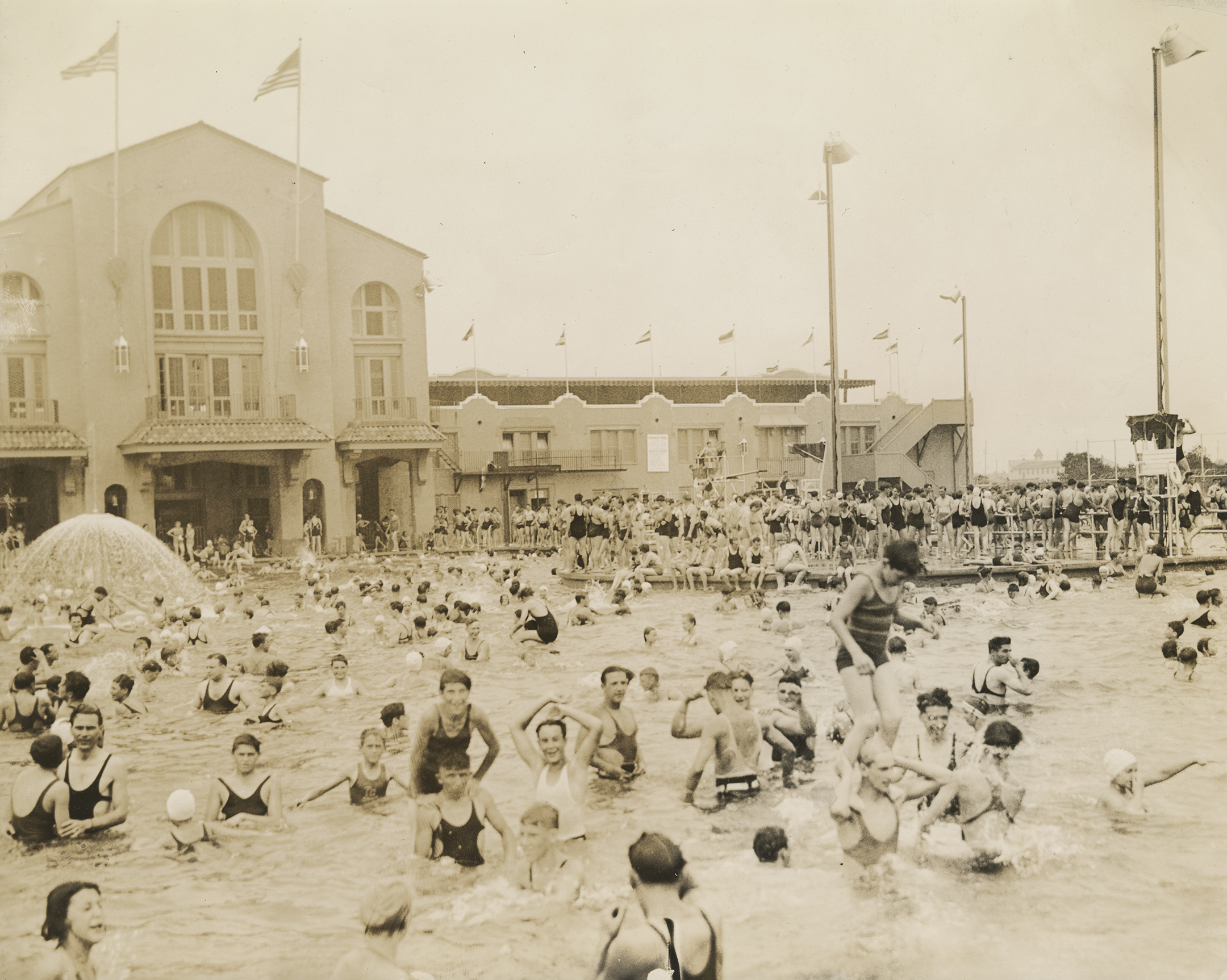 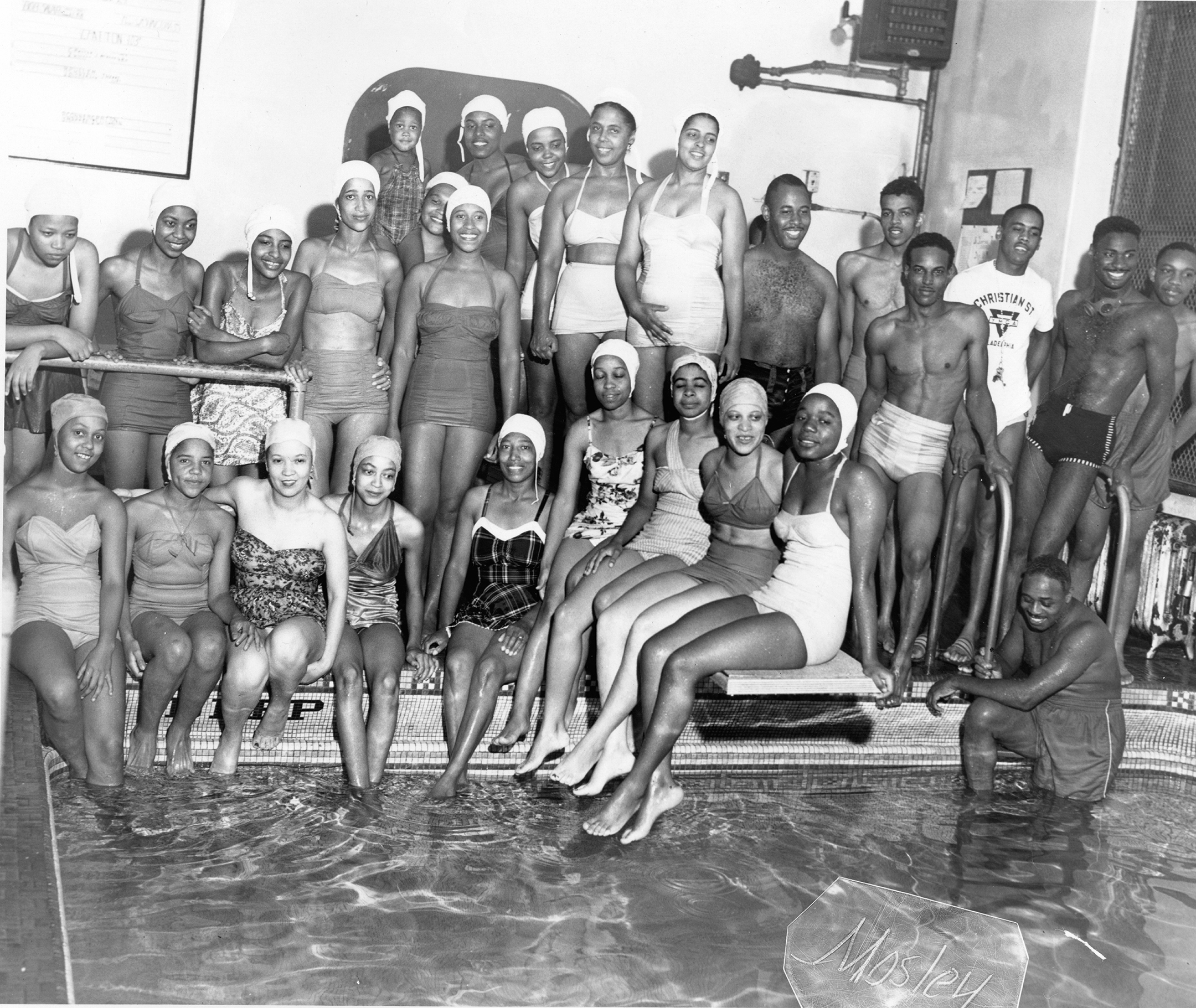 This exhibit is a collaboration of lead designer Victoria Prizzia and artist Azikiwe Mohammed and silk graffiti artist Aubrie Costello.

We conducted a grassroots postcard campaign during two Saturdays in July 2021 at a selection of Philadelphia’s 70+ public pools in collaboration with the PPR Aquatics Team and education facilitators from FWWIC, with documentation by video team GreenTreks. We asked the public to share their thoughts, doodles, and artworks with us reflecting on the question: What does it feel like to swim?

This initiative built awareness about the exhibition while honoring the people who participated in our campaign.

Multidisciplinary artist Azikiwe Mohammed is interested in constructing spaces of safety and welcome for people of color and for immigrants whose space is often threatened. According to the New York Times, “Mohammed’s visual universe is a realm devoted to everyday heroes and small acts of care.” His portraits, paintings, videos and installations explore the experiences and needs of people of color living in America and have received significant media attention.
www.azikiwephoto.com

Led by its founder, Victoria Prizzia, Habithèque works as a cultural producer, creating exhibitions, public interventions and digital resources to fulfill a critical need: educating the public about nature-based solutions to some of the planet’s most critical challenges. www.habitheque.com